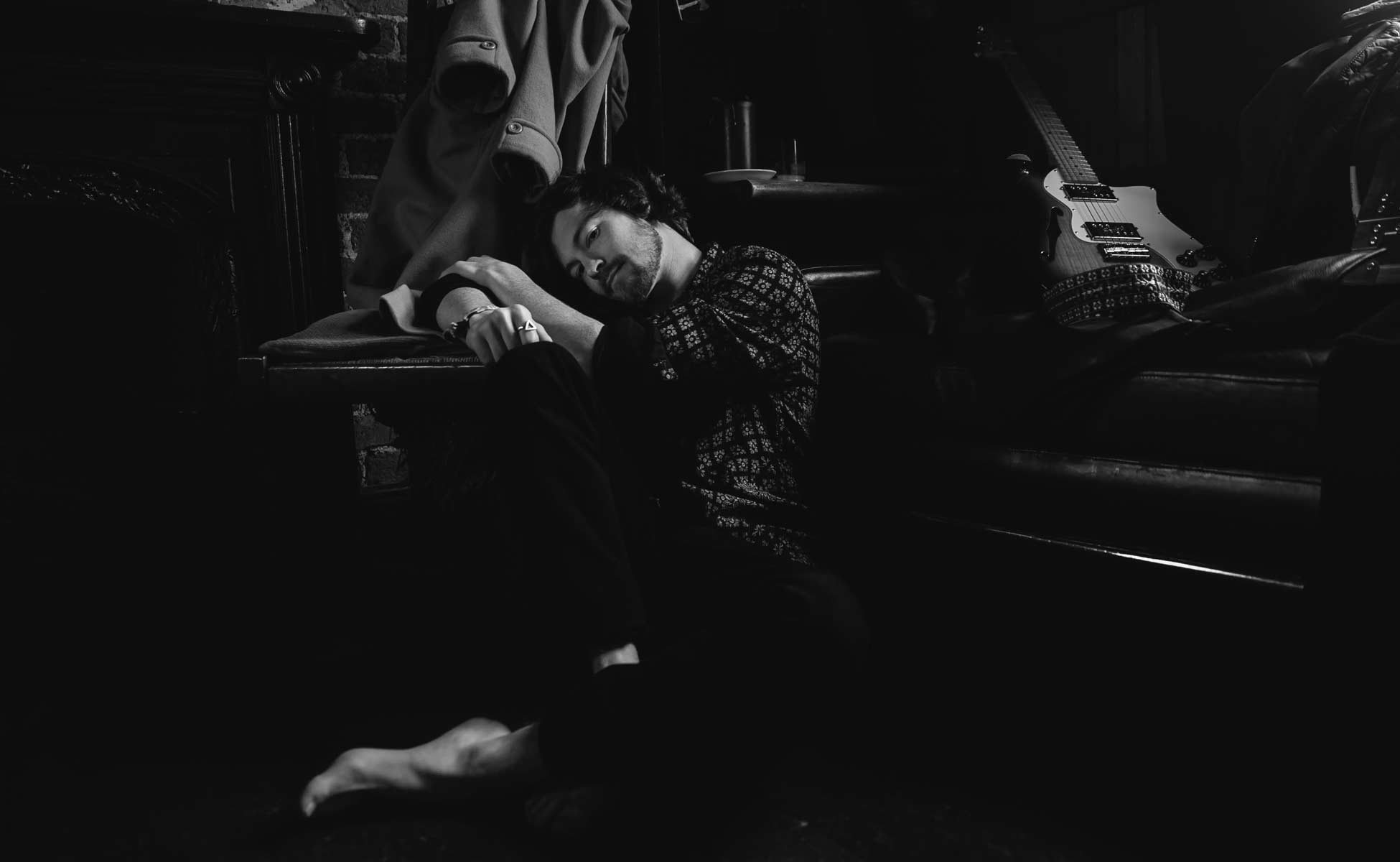 Sadness, anger, and pain turn from toxic emotions into cathartic unveilings in FERGUS’ second record, bursting forth from the British singer-songwriter in great, poignant, and stirring rays of song. Three of Swords finds FERGUS enveloped in dark emotions as he builds upon the balladry and storytelling of his initial EP, opting for meaning, depth, and lyricism over poppy melodies.

Atwood Magazine is proud to be premiering FERGUS’ sophomore album Three of Swords, produced by Jake Gosling and out August 8, 2019, via Goldun Egg Records. The follow-up to FERGUS’ debut 2018 EP Purple Road, Three of Swords is an evocative and potent force of feeling channelling often-internalized emotions into dramatic external expressions of self. FERGUS’ characteristic high, sweet voice soars as beautifully as ever through stimulating lyrics and engaging folk and folk-rock instrumentations that mirror the lyrics’ intensity.

“The intimacy and immediacy of FERGUS’ pained Three of Swords

In reviewing Purple Road last year, Atwood Magazine wrote, “We serve to learn a thing or ten from this singer/songwriter, who has dwelled in the deepest parts of his being and translated that into poignant grace. We all have our demons, but FERGUS is among the few of us who can translate those demons into something magical, compelling, and bigger than itself.” Much of Purple Road‘s darkness was covered up by sweeter tonalities and inviting, innocent-sounding melodies that spread a seeming musical light.

Unlike his last EP, Three of Swords spares no expense at bringing FERGUS’ darker musings to life. The result is a bolder, more in-your-face record whose pain is palpable, and whose intimacy and immediacy know no bounds. “Dressing with colourful language to cover my anguish,” he sings in lead single “Zelda Mae,” a heartbroken and distraught outpouring previously featured on Atwood’s Weekly Roundup. “Keeping the lights on, left here with only the North wind that roars from the mountains, keeping me hooked on…“

FERGUS diversifies his emotions throughout Three of Swords, allowing himself to dwell in anger and channel what he would otherwise keep to himself into song alongside his bitter sorrow.

The making of Three of Swords was a very cathartic process writing and recording,” FERGUS tells Atwood Magazine. “I’m very proud of the songs, the depth of the production, and the development in sound. I think it shows the growth in my confidence as a songwriter and a performer, and in myself. being more vocal and outward, rather than internalising everything.”

FERGUS’ music feels stronger than ever, and yet thanks to the presence of sweet, short interludes like “Hoping, Keeping” – whose hopeful nature sets a bright tone for the overall record – together FERGUS and producer Jake Gosling manage to find their own balance between the darkness and the light.

FERGUS appears as emotional as ever on Three of Swords, diving into himself without coming up for air. Unabridged and raw, Three of Swords is the hurt personified: It aches with a desire for retribution, but above all, it longs to be understood. Listen to this music once by yourself, and next in the company of loved ones.

Experience the full record via our exclusive stream, and peek inside FERGUS’ Three of Swords with Atwood Magazine as he goes track-by-track through the the music and lyrics of his sophomore EP!”